Brussels/Vienna – The EU is one of the world’s three most important economic-policy actors, alongside the USA and China. To a large extent, the EU owes this position to European industry, which generates growth, jobs and prosperity. The EU’s future success in global competition depends on the development of a long-term industry-policy vision and the implementation of concrete measure, stated the participants of an expert discussion organized by the Federation of Austrian Industries in Brussels.

The European Union as a location for business and industry must be viewed in a global context. If the EU is to strengthen its competitiveness in relation to the USA and Asia, it needs a long-term industry-policy vision, a consistently implemented strategy and substantial efforts on the parts of all stakeholders. This position was endorsed by Wienerberger’s CEO Heimo Scheuch and RHI Magnesita’s CSO Reinhold Steiner in a discussion with Barbara Kappel, Member of the European Parliament, and Wolfgang Burtscher, Deputy Director General of DG Research and Innovation, as well as Markus Beyrer, Director General of BusinessEurope, and Gernot Haas, Head of IV’s Permanent Office in Brussels, in a discussion organized by the Federation of Austrian Industries on October 11 in Brussels on the topic of “Europe reloaded – the EU’s industrial strategy in a global economy”.

European industrial policy as an essential component of political initiatives
According to Wienerberger’s CEO Heimo Scheuch, there are numerous companies in Europe that are fit for global competition, innovative and future-oriented. However, if the European Union wants to be an attractive location for business and industry, targeted measures have to be taken by the European legislator to strengthen it for future challenges. Apart from the need for a stable and predictable framework for the creation of local added value and local jobs, Heimo Scheuch deplores the absence of a strategic view of the future. “For the time being, European industry lacks ambitious strategic targets. We need a long-term industrial vision: a commitment from policy-makers as to where they want to see European industry positioned not only in 2030, but also in 2050.” In times of uncertainty and change, an active locational and industrial policy pursued at EU level, with its positive effects of securing and creating jobs as well as increasing prosperity, has the potential to play a decisive role in helping the EU to overcome the identity crisis triggered by Brexit, notes Wienerberger’s CEO. However, “for this effort to succeed, the concerns of industry must become an essential component of the EU’s DNA, which means that all political and legislative initiatives have to be checked for their compatibility with competitiveness of European industry”, says Heimo Scheuch.

Reinhold Steiner, CSO of RHI Magnesita, also regards international competitiveness as the most crucial issue for industry in Europe. In his opinion, there is one essential question to be addressed by Europe. “Do we want to create industrial value in Europe, or should we rely on imports of indispensable products – above all from China?” Referring to the example of the refractory industry, Reinhold Steiner expressed his concern about the entire European high-temperature industry ending up in long-term, strategic dependence on non-European players. In his opinion, the refractory industry will be faced with serious challenges, if Europe fails to consider the global implications of any new initiative. “The European Commission is currently working on rules for the allocation of CO2 certificates. Unless all aspects are taken into account, the European refractory industry is at risk of suffering collateral damage from the European CO2 trading regime. Despite a strong innovation agenda, we are bound by the fundamental laws of nature, which, by definition, do not permit a reduction of natural, geogenic process emissions”, adds Reinhold Steiner.

Global challenges demand enormous additional efforts
For Barbara Kappel, Member of the European Parliament, it is imperative for the European Union and for companies to be prepared for Industry 4.0. “The fourth industrial revolution is a global challenge. We will succeed in developing business models and technologies which protect the privacy of individuals and ensure the security of data in general. Smart human-to-machine or machine-to-machine networking will be the core element of tomorrow’s economy. This is the only way to realize new potential for the creation of added value.” Europe needs to do more to strengthen its industrial base, notes Wolfgang Burtscher, Deputy Director General of DG Research and Innovation: “Europe has an excellent research and innovation landscape, and our strong European industry is in the lead in many areas. To make up for current deficits in innovation and, above all, to make full use of the new opportunities offered by the next wave of innovation through digitalization and artificial intelligence, companies, public authorities and legislators will have to massively step up their efforts.”

Markus Beyrer, Director General of BusinessEurope, fully supports investments in Europe’s future competitiveness. “Research, development and innovation are absolutely crucial. The fact that industrial policy has been defined as a priority of the Austrian EU Presidency and the clear commitment expressed by the Ministry of Economic Affairs to demand a more forward-looking approach of the EU budget have industry’s full support. Our future will depend on investments in European research and innovation performance to boost Europe’s competitiveness and strengthen its key technologies. What is at stake is nothing less than our technology leadership”, underlines Markus Beyrer.

Concrete measures in support of Europe’s industry secure our future
Gernot Haas, Head of the Permanent Office of the Federation of Austrian Industries in Brussels, underlines the positive role of the current EU Council Presidency. “The Austrian Presidency is determined to elaborate an EU industrial policy based on a long-term strategy. The individual elements involved, such as a set of indicators of industrial performance or the mainstreaming of industrial issues, will determine the future of Europe as an industrial location. It will be important to use the momentum thus created and to send a strong signal to the future European Commission that legislative initiatives are required in this area.”

The participants in the discussion agreed that the European Union has already launched important initiatives, as illustrated by the Juncker Plan and “Horizon Europe”. However, from the viewpoint of industry experts, further efforts will have to be made in terms of EU industrial policy. Austria should use the occasion of the EU Presidency to set the pace by defining a long-term vision of the role of industry in the European Union and to initiate concrete industrial policy measures. This includes not only a global orientation, but also the fast elimination of bureaucratic obstacles, a clearly defined strategy against the current shortage of skilled labor, and targeted measures to promote the transformation of industry. 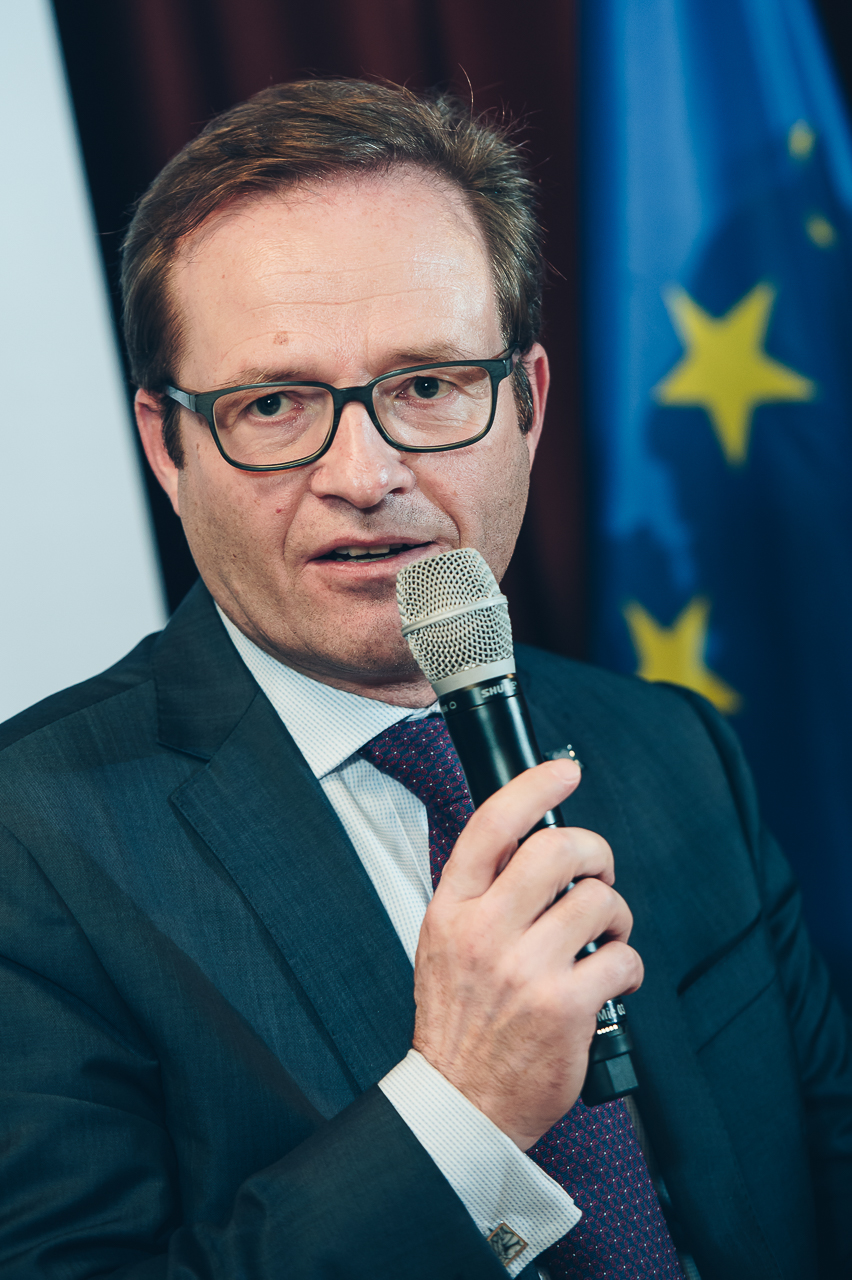 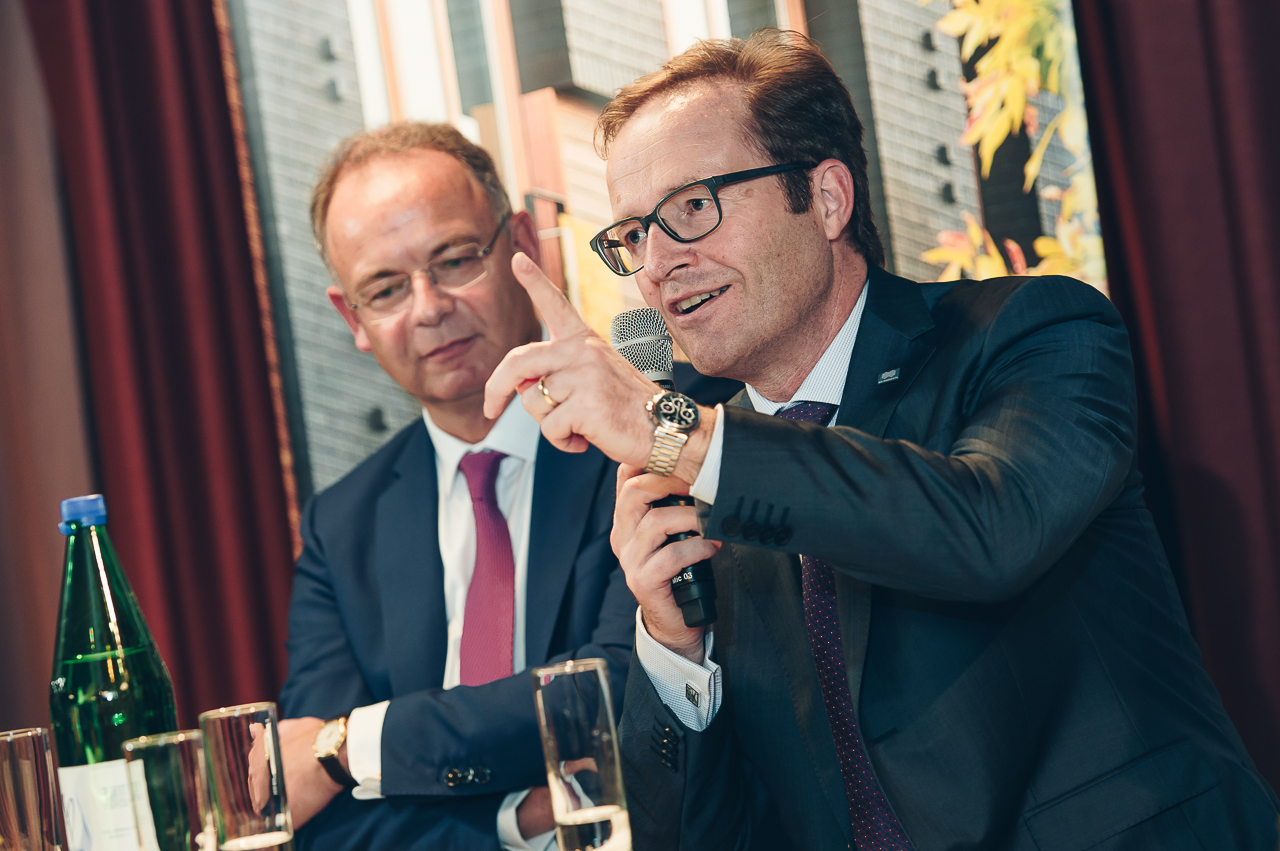